Home Blog Cash in with the history of Keno

With its simplicity and ‘bingo’-like structure, Keno is a casino game standing close to the forefront, as one of the most popular ways to gamble in modern day society. The game is generally played using a series of cards (or tickets as some refer to them as) all of which host a unique number between 1 and 80. The player must then mark down 20 numbers they think will be drawn at random from the paytable, then register the ticket.

After the draw, payouts are made according to what numbers are called, and based on what the player selected. Although it is game primarily based on luck and chance, when the right numbers come through – it can certainly be one of the most lucrative and fun ways to play for big sums of money.

Keno is a game originating from ancient China, and dates back to over 2,000 years ago. Although it is one of the most popular casino-style games played by people all over the world today – back

in those times, Keno was slightly different to what we know now.

According to distant myths, the first ever Keno (which was known as ‘Pai-Ko P’iao’ or “White Pigeon Ticket”) was created by Han Dynasty General ‘Cheung Leung’. The game was initially created to raise funds for Cheung’s army, but it soon became apparent that it could also act as an ideal source of entertainment for families whilst the war was underway. His form of Keno was played using 120 individual characters on a playing board (much like a lotto board), and participants were allowed to place up to 10 bets which they marked using a special quill and ink. Sometimes residue from the ink would stain the board, and this is where the term ‘Keno Spots’ comes from.

As Cheung’s invention increased in popularity, many other cities and towns throughout China adopted it too, with people staying up all night just to find out the Keno results. At the time, these results were delivered by Doves (aka white pigeons). The government later used Keno as a means of collecting taxes from the people, which in turn, went on to finance world-famous, historical landmarks such as the Great Wall of China.

Keno makes it to the US as the railroads head West

By the time Keno was brought over to Western Cultures by Chinese immigrants in the mid-1800s, most of whom had first come to America to earn money building the transcontinental railroad

and who would later set up their own communities in most major American cities from Chinatown in New York, to Chinatown in San Francisco and Los Angles out West, it had been cut down to using just 80 characters.

These characters were later changed from Chinese to Arabic representations, in order to make it easier for English-speaking players to understand. Workers would settle down to play after a hard day grafting on the railroads, and it was soon a standard ritual for both nationalities. Eventually, Keno made its way over to places like Nevada, where there became a quick and natural demand, despite the fact lotteries were still outlawed in the majority of states at that point.

The Americans soon discovered a loophole in the legislation against lotteries and horse racing, and the name of the game was temporarily changed to “Race Horse Keno” – where each number on the board signified a horse. This enabled players to continue playing the game and placing their bets, until lotteries started to become decriminalized from 1963. Not long after the old law was revoked, the game was reverted back to its original name of just ‘Keno’.

It was the early 20th century when Keno first made its way onto the live floor of a casino. It was still played using 80 characters at the time, however; the method in which the numbers were picked did change slightly. The game was adapted so numbers would be written on small pieces of paper, then rolled up into tubes. Whatever tubes were drawn from this pile were the winning Keno numbers.

The game later evolved to replace these tubes with tiny wooden balls, with little numbers etched into them (also known as ‘peas’). A Nevada casino owner named Warren Nelson, was the man who came up with the idea to put all of the little peas into a rotating cage; the drawing method which is still used in most live Keno and Bingo games today. In 1963, all Keno games were restricted to a cumulative payout capped at $25,000, and in 1979 it was increased to a maximum of $50,000. These days, all casinos have the freedom and jurisdiction of choosing their own house limits on Keno games.

In the digital age, Keno can be found in practically all online casinos. It is one of the most popular and Favorited games among gamblers due to its simple dynamics, high stakes and overall fun. Online Keno works with exactly the same as Keno in a live casino, only there are multiple variations of it, and of course – you play the game through a screen.

Players can choose between 15-20 numbers out of 80 available numbers on the board. The Keno machine then selects 20 of these numbers at random, and payouts are made according to what the player selected as their bets. Millions of people from all over the world, choose to gamble in online casinos, despite the fact the jackpots and winnings are a bit less compared to a live one. It is believed to be the preferred method, due to the fact gamblers can play from the comfort of their own home and wager as little as a few dollars.

Although the gameplay in itself is pretty universal, there are different kinds of bets you can place in Keno, one of them being a ‘straightforward bet’ – where you select a load of different numbers in the hope that as many of them come up as possible. The other is the ‘way bet’ – which entails the player selecting a group of numbers on the same card they are hoping will win. I.e. they bet on three sets of three numbers, and each has its own individual chance at success.

Players can also choose to purchase what’s known as a King ticket and a combination ticket. This is where the player marks down one number, and it becomes part of all the ‘way’ bets placed, whereas a combination ticket involves betting on small groups of numbers along with combinations of the group i.e. a player could have a set of 2 numbers, a set of 3 numbers, and a combined set of 5 numbers that pulls them all together. So essentially you are placing a bet on every number which stands a chance of being drawn.

It’s also worth noting that some Keno games come with a progressive jackpot. The amount in the jackpot is increased more and more over time, until it eventually reaches what can be a very substantial number. If you’re either very lucky or someone in the heavens is watching over you during a game, and this happens – you could win millions in just one simple round of Keno.

It’s safe to say Keno isn’t going anywhere any time soon! Not only is it a game which can be played without requiring any actual skill, it is also one of the most enjoyable ways to gamble and can result in some huge payouts. If you want to try your luck at Keno, many casinos offers both real money Keno games and games you can play just for fun and practice. The registration process only takes a few minutes, and your winning numbers could be coming through at any given moment! Sign up today to play and win! 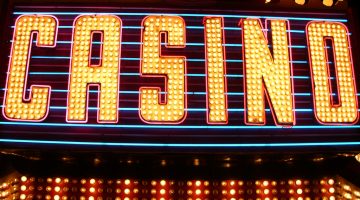